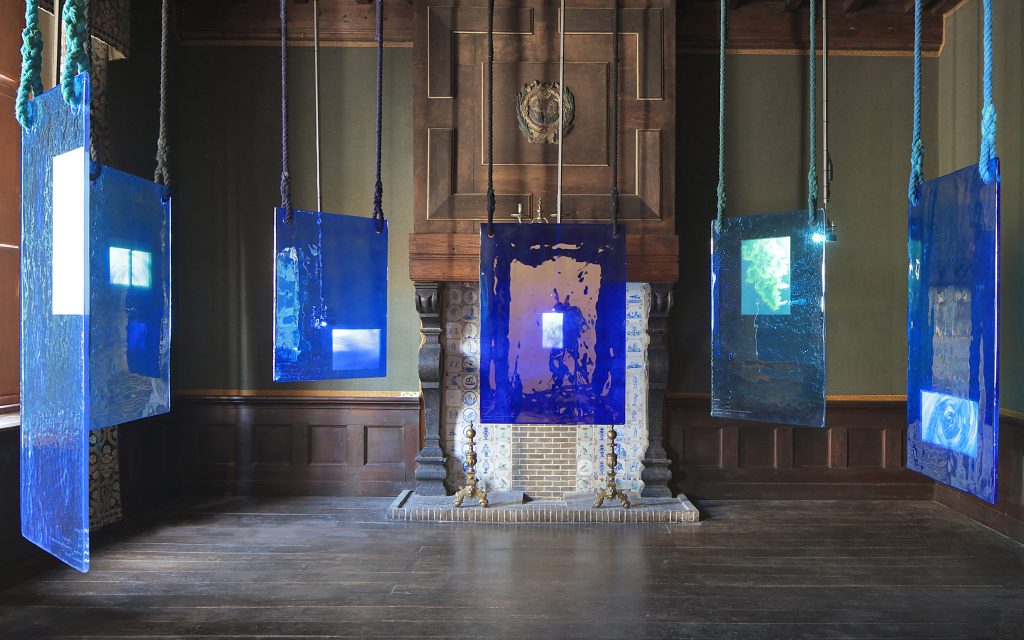 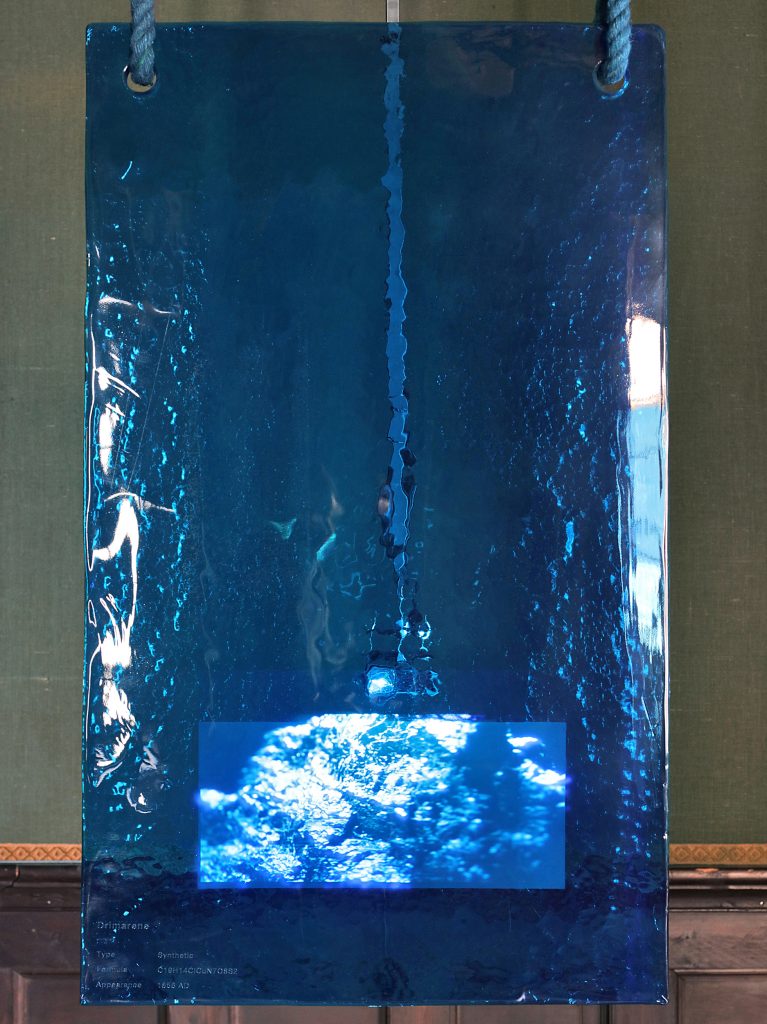 Vitrum by Studio Plastique is an installation that portrays the materiality, history, and significance of six hues of blue. It is research into the materials used for making blue, their role in culture and religion, industry and economy, and ultimately colour as a matter of design.

Vitrum was commissioned by the Design Museum Ghent in collaboration with Schloss Hollenegg for Design for the exhibition Kleureyck: Van Eyck’s Colours in Design (2020).

Colour is an immaterial phenomenon. It is generated by our senses through seemingly paradoxical mechanisms of reflection and absorption of light. When we modify the material to appear colourful this volatility becomes very tangible.

From the Egyptians to the “barbaric” Celts, blue has a history of its own. But if it weren’t for the acceptance of blue by the Christian religion, neither the cobalt blue stained-glass windows of the Basilica of Saint-Denis nor the altarpiece of Van Eyck would exist as we know them today?

As an installation, Vitrum is designed to materialise the colour and significance of some of the most important moments in the history of blue. Similar to a painter’s canvas, glass sheets are suspended to depict each portrait. Vitrum is realised by WonderGlass in partnership with Studio Plastique using carefully crafted cast glass, vitrifying the colour to become alive when exposed to light.