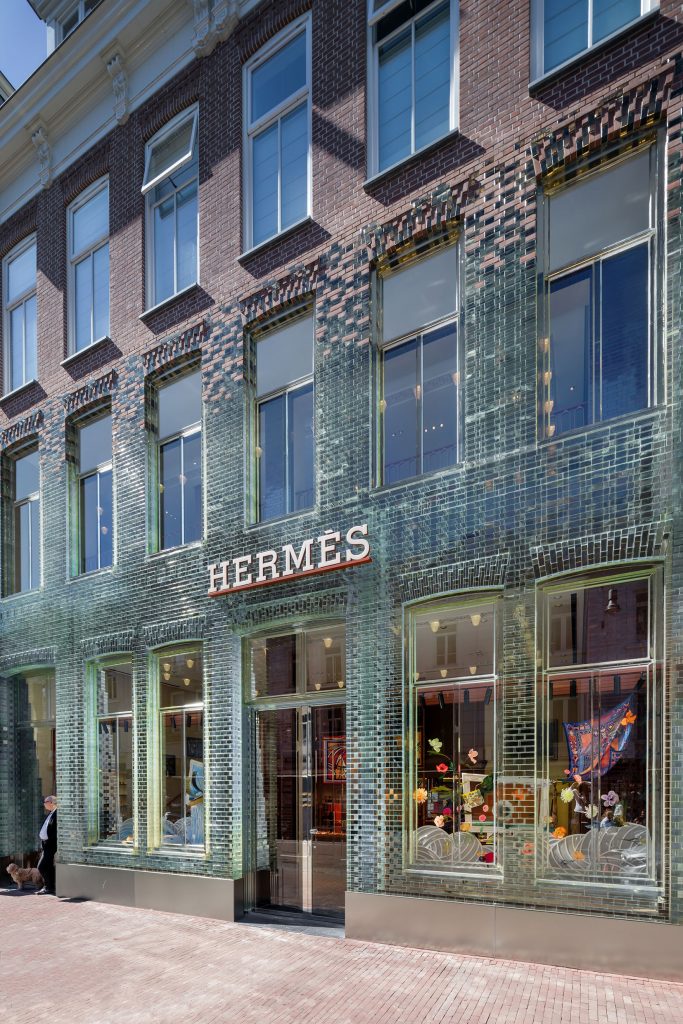 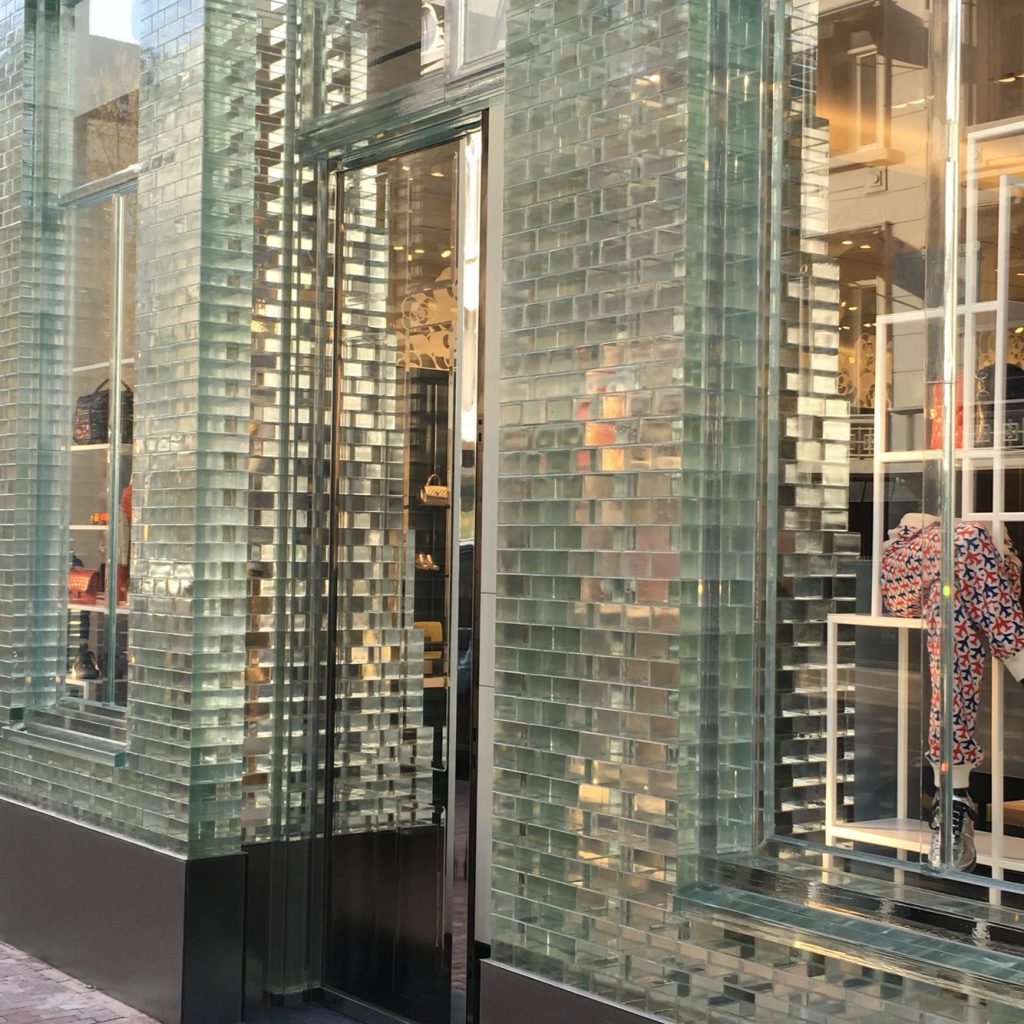 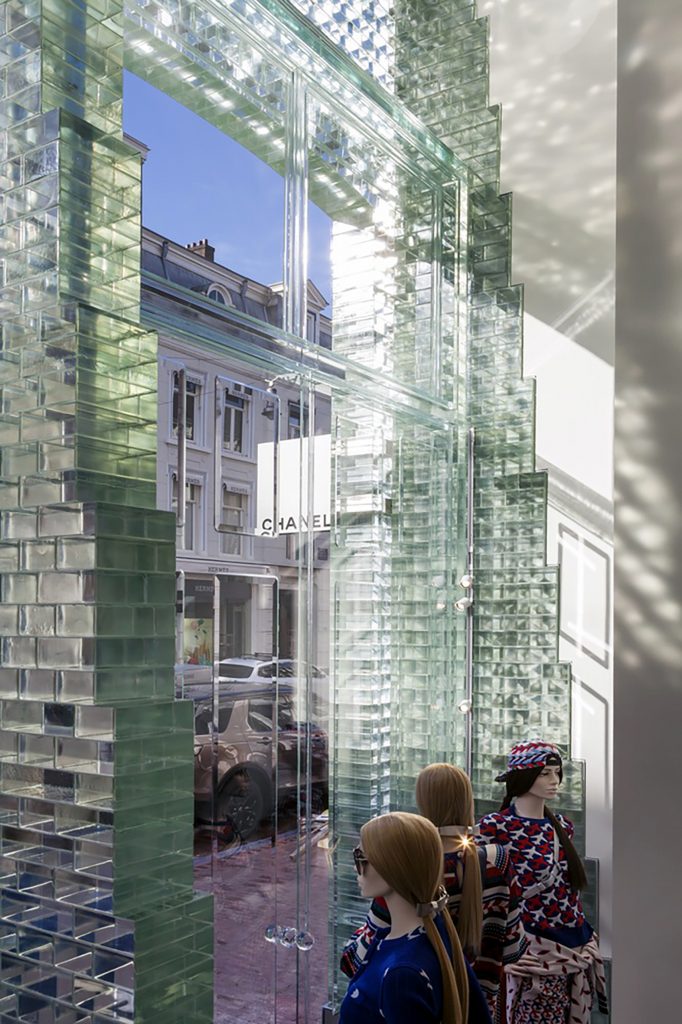 MVRDV’s Crystal Houses began its existence with the request of Warenar to design a flagship store combining both Dutch heritage and international architecture on the PC Hooftstraat, Amsterdam’s one and only luxury brand street that was previously primarily residential.

MVRDV wanted to make a representation of the original buildings and found a solution through extensive use of glass. The near full-glass façade mimics the original design, down to the layering of the bricks and the details of the window frames. Glass bricks stretch up the façade of Crystal Houses, eventually dissolving into a traditional terracotta brick façade for the apartments (as stipulated in the City’s aesthetics rules), which appears to be floating above the shop floor.

The design hopes to provide a solution to the loss of local character in shopping areas around the world. The increased globalisation of retail has led to the homogenisation of high-end shopping streets. Crystal Houses offer the store a window surface that contemporary stores need, whilst maintaining architectural character and individuality, resulting in a flagship store that hopes to stand out amongst the rest.

The excellent artisans at NVR, which is part of Made in WonderGlass group, manufactured the bespoke glass bricks behind the Crystal Houses project to the specifications of the architects MVRDV.

From research by TU Delft, Crystal Houses is an example of an entirely architectural use of glass. The bricks formed an integral part of the structure supporting the entire façade and were used for their strength, not only their beauty. The glass bricks were reticulated together using UV gluing, meaning the surfaces needed to be perfectly balanced and highly polished. Although the simplicity in design, the skills are needed to achieve a consistent quantity of immense handmade glass bricks being nearly identical.